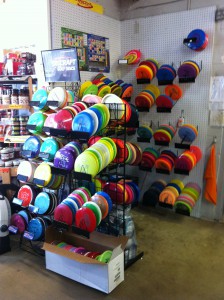 Disc Golf, also known as Frisbee Golf, is becoming a very popular game in Texas. For those of you unfamiliar with the game, as the name implies, it has a similar concept of golf but is played with frisbees.

There are several parks around the Ft Worth/Dallas area including:

This entry was posted on Tuesday, September 23rd, 2014 at 4:56 am and is filed under News & Updates. You can follow any responses to this entry through the RSS 2.0 feed. Both comments and pings are currently closed.