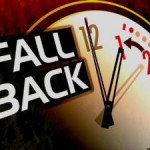 Adjust all of your clocks and enjoy that extra hour of sleep and more daylight in your mornings. However, stay safe during early dusk and evening activities— nights will get darker earlier between 5:30 and 7 pm.

This entry was posted on Wednesday, October 28th, 2015 at 7:28 pm and is filed under Events, News & Updates, Uncategorized. You can follow any responses to this entry through the RSS 2.0 feed. Both comments and pings are currently closed. 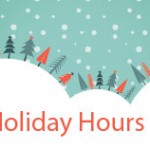